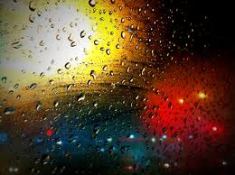 The destruction of a long-term  relationship, leading to her hitting rock bottom.  She is sometimes delusional.  In her addled mind, she sometimes believes she’s lost all of her friends, most of whom were mutual friends of the partnership, her in-laws, her community.

This delusion is the result of wrong thinking. When she has a clear mind, she sees all the people who really care about her, and have been there all along, some since childhood. Once again , they are in the foreground of her life, reminding her of her value as a human being, as a friend, as a mother. Yes, she has lost some friends in the war. Friends who were there for a season, and have moved on. It’s not a bad thing. It just is.

Back to the delusion, she knows it is all her fault. Of course it is. That is what he says.  His mental illness, his failures, all bad occurrences and recurrences would never be, but for  her decision to recind the contract.  She has ruined his life. Forever. That’s what his family takes as gospel. It’s a family of enablers.

But it’s not all her fault. Get real.

His mother prayed for the demise of his son’s marriage to this unsubmissive woman, this vegetarian, teetotling feminist who breastfed her children forever, and didn’t change her name at marriage. A woman who took off to one of the top summer opera  Young Artists Program for 12 weeks months after her wedding, and the following two summers, and weeks periodically for the rest of the year.

In other words, she was a bad wife according to the mother-in-law, and she fed that narrative to her son, the husband.

Among tha many gems uttered by his mother was the following: “There is nothing wrong with my children, it’s just the people they married.”

Do you get that?

Aren’t we, as women expected to  keep our marriages together? If they fail, is it not, by default, we who are to blame?

Do you get that?

The meek little wifey model disappeared decades ago. It’s still practiced in fundementalist cultures all over the world, including the United States. Society has evolved and expanded, and some people aren’t able to stretch their imaginations and adapt. They refuse. The in-laws close ranks and believe whatever it that their son or brother, her husband, tells them. And it’s always the kids who suffer from the disconnection. You shun the mother, and wonder why the children will do anything to avoid spending time with those people. The children are loyal to their mother. They observed firsthand the abuse over the years, and how their father’s family did nothing to help.

Does she get that ? Skilled dispensor of passive-agression, her mother-in-law?

Does she wonder why her grandchildren are not in touch? Does she understand they why don’t come around? Of course, that is their mother’s fault. Never mind the children are adults. That is their family culture. Submit, conform, or you can’t play with us.

What am I talking about? I am trying to reconcile how I went from someone with a good education, a prodigious talent, a career, self-respect. A singer with big competition wins A confident woman who collapsed into a beaten down, humiliated, & depressed woman in a violent marriage. How did that happen?  I need to check in, look into this hatbox which I shoved up on a high shelf, and check my compass.  I hate thinking about all of this. But I’m stuck again. What’s working? What’s static?

I am ready to write about these things now. My children are all adults. This is also their history.

Hat Boxes on the Shelf

Musical Milliner by GoshGusMusic(ascap) is licensed under a Creative Commons Attribution-Noncommercial-No Derivative Works 3.0 United States License.
Based on a work at sopranoascending.wordpress.com.
Join 186 other subscribers